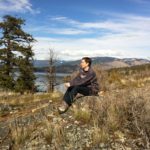 In some of our conversations in the church I hear a deep longing for another time and another place, a time and a place and a world where things made more sense. Nostalgia is understandable: when we are in a place of dislocation, of dissonance, where our maps of the world no longer hold—of course we want to be somewhere else, somewhere where it did all make sense, somewhere where we knew what we were doing, somewhere where we felt more or less in control of our destinies.

But what we do with our nostalgia matters. When God’s people were wandering in the desert after their escape from Pharaoh, they often found themselves thirsty and hungry. They cried out, Why did we ever leave Egypt? Sure, we were slaves, but we were fed and watered! Their nostalgia leads them to want to go back to Egypt, and even to be slaves again.

Today, Donald Trump invites people to join him on a campaign to “Make America Great Again.” That’s another form of nostalgia, a longing to go back to a time when the concept of America made sense for folks for whom the world has changed beyond recognition.