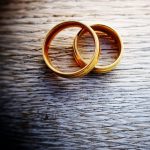 In response to an invitation to share thoughts on the outcome of the marriage canon vote, I wrote the following note to members of the House of Bishops gathered in Vancouver for General Synod 2019.

The outcome of the vote on the marriage canon has accelerated the slide into further dangerous polarization in our church over this issue. As Bishops, your unique role and responsibility means that you are in a position to do something about this.

I have many dear friends in the United Methodist Church who now despair of the future integrity of their church in the wake of the failure of the One Church Plan to resolve issues over sexuality in that denomination.

Already we can see echoes in our church of the destructive polarization that has now taken hold in the United Methodist Church. In the U.S. branch of Methodism, various judicatories have now signaled their open defiance against motions passed by a General Conference held recently. This defiance is prompted by a sense that the motions passed do not reflect the discerned will of Methodists in the U.S.

In recent days we have had reports of a variety of dioceses across Canada signaling their intention to proceed with providing same sex marriage services despite the failure of the marriage canon vote. The Chancellor has set out the legal justification for this.

The desire to move forward in this way reflects a sense that, while the motion did not achieve the necessary supermajority in the House of Bishops, the clearly discerned will of the Anglican Church of Canada gathered in General Synod is to find a way forward with respect to marriage equality.

But what will be the impact for our church, for the integrity of our witness as part of the body of Christ? Those who oppose same sex marriage will label those who will now proceed as rebels or renegades who are acting in defiance of the discerned will of the church. This fight will only become more rancorous, and dissension and distrust will grow.

Bishops, look around! Look at how the cancer of polarization has taken root in our politics—from the phenomenon of Trumpism to Brexit to the rise of forms of nationalism that we thought had been defeated in the cataclysm of the Second World War.

You, Bishops, are called to be instruments of unity in the church. You are called to safeguard tradition, yes; but you also know that tradition is never a static thing. The church is called to take account of the world it is called to serve, and it has done so across two millennia and around the globe.

In the past days, I have been drawn again and again to the readings from the book of Acts in our Morning Prayer lectionary. Recall the story of Cornelius, and how Peter was shown in a vision that the sovereign God sometimes changes his mind, even about things as consequential as dietary laws.

Recall also what Peter—the Rock on whom our Lord built his church—said in response to those who criticized his fraternizing with those they believed were outside the sphere of God’s concern:

“And as I began to speak, the Holy Spirit fell upon them just as it had upon us at the beginning. And I remembered the word of the Lord, how he had said, ‘John baptized with water, but you will be baptized with the Holy Spirit.’ If then God gave them the same gift that he gave us when we believed in the Lord Jesus Christ, who was I that I could hinder God?”

It is abundantly clear that God is active in the lives of LGBTQ people, and that God has called LGBTQ people—including me—into full participation in the life of his church. We struggle sometimes to work out how that could be reconciled with what we read in Scripture, and with what we thought we knew about God from our traditions. But, like so much about our faith, we don’t have to understand it all. But we’d be best to not try to hinder God, or God will simply find a way forward without us.

In practical terms, the overwhelming approval of the affirmations in A Word to the Church provide a clear direction that is as close to a church-wide consensus as we are likely to get. The affirmations allow for respect for the variety of positions in our church, while also reflecting the discerned will of the church to extend a deeper welcome to LGBTQ people and their families.

Thank you for your service to our church. Blessings on your discernment.