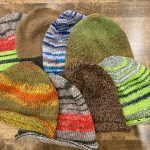 In this series of posts I’ve been exploring the mainline church’s focus on Sunday worship gatherings as the primary—or even sole—expression of what church is about.

I’ve been taking issue with that perspective and now I want to turn to some suggestions as to how congregations might rebalance their focus.

The marks of the church

I have long thought that a key to revival in the mainline is a recovery of the gifts that were seen as essential in the early church, the so-called marks of the church. One such mark that I think has atrophied in the contemporary mainline is that of diakonia—direct, hands-on service to the most vulnerable in the community.

While such efforts are important, they serve to maintain congregation members’ arms-length distance from our neighbours in need. Rather than keeping a safe distance, we need to roll up our sleeves and prepare to get our hands dirty.

This direct, diaconal service of those in need leads the church into another of the marks of the early church—koinonia, the formation of genuine community, communion with those we usually keep at a distance.

Now, all of this may seem out of place in the context of the Covid-19 pandemic, but bear with me!

What I’m getting at is an idea expressed by Canadian philosopher Charles Taylor in his book A Secular Age. Taylor makes a distinction between the church’s efforts at keeping “the hungry fed, the homeless housed, the naked clothed” through arms-length charitable outreach on the one hand; and the notion of making community with those in need, as exemplified by the story of the Good Samaritan.*

So how do we do any of this in the context of Covid-19 and the need to keep our “social distance”?

Personally, I’ve been surprised at what has been possible during our pandemic sojourn, and I want to encourage churches and leaders in the direction of developing and expanding these efforts.

One friend, a retired minister, spoke to me about a small group initiative being led by a laywoman in her congregation. Rather than being a typical small group focussed on gathering for Bible study, this Covid-inspired initiative seeks to provide support for single or socially isolated people, helping out with practical tasks such as grocery runs and snow shovelling, and helping to fend off loneliness. 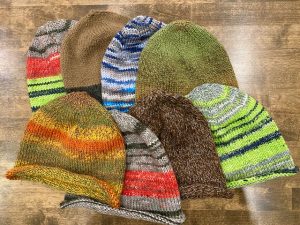 Another example: over the course of these many months at home I have taken up knitting toques for people who are homeless in our town. Now that the first snow has started to fall, I have a bag of seventeen toques to bring to the mission downtown.

I used to just knit toques for my family, but then I thought about how much of a difference it makes to be able to keep one’s head warm in the winter. It is a simple thing that I can do that can make a difference to someone else, and let them know that someone cares about them.

Beyond the boundaries of Sunday

Each of these efforts pushes us beyond the boundaries of our pre-pandemic Sunday worshipping communities.

They push us to extend out beyond the very narrow socio-economic, generational, and racial confines of most mainline congregations and into relationships with people who have been outside of our church families.

They also push us out beyond “merely” worshipping and praying together, and into expressing our Christian call to compassion in direct and tangible ways.

I don’t at all mean to suggest that worship is unimportant, but that will be for a future post.

*For a fuller discussion of Taylor’s work, check out my book, Who’s Minding the Story?